Adult Choir: 7:15pm in the CHOIR ROOM behind the Choir Loft

Handbells: Sundays: 4pm. (no rehearsal on the 15th)

The lawyer to whom Jesus told the parable of The Good Samaritan, the Rich Young Ruler, Nicodemus, the man on the cross next to Jesus on that dark Friday…. They all share something in common – not only with one another, but with each and every one of us.

NOTE: This sermon will serve as a an introduction to my 3 week Sunday Evening Preaching/Teaching Series to be held 2/15, 2/22, and 3/1.

This past August, I had the privilege of leading a Men’s Retreat at Glorieta, NM, with Dr. Jimmy Draper. After pastoring churches for 35 years, Jimmy accepted the position of CEO of LifeWay Christian Resources in Nashville, TN, where he served until 2006. From 1982-84, he served as President of the Southern Baptist Convention. I could tell you more, but all I really want you to know is this: the man can PREACH! I still have the pages of notes I took that weekend. I couldn’t be more excited about him coming to challenge, exhort and encourage our local Body. Make plans now to attend. Jimmy will be preaching, both, mornings and evenings.

While preparing for my presentation to BHBC almost a year ago on the topic of Biblical Christianity vs. Mormon Christianity, I was told there was no better book to equip me (aside from the Bible, of course) for responding to Mormons than Lynn Wilder’s book, “Unveiling Grace.” I contacted Lynn and invited her to come speak at BHBC. She agreed. More on her ministry as the event nears. But, for now, read her story in this 2013 article from Christianity Today.

CT – How I Escaped the Mormon Temple

“What if we take away the cool music and the cushioned chairs? What if the screens are gone and the stage is no longer decorated? What if the air conditioning is off and the comforts are removed? Would His Word still be enough for his people to come together?” (David Platt; Radical)

It was the late ’90’s, and I was in full-time Youth Ministry.  I sat in a planning meeting for a large upcoming Youth Ministry event and, almost word-for-word, asked the question cited above. There was silence.

Over the subsequent years, I simply grew weary of the strobe lights, over-the-top volume, and smoke machines.  Anyone who knows me, knows I love excitement.  (Heck, we did The “Hey” Song last Sunday and one of my vocalists leaped off the stage!) And, frankly, I’m not averse to strobes, volume, and smoke.  But, as with most anything, there’s a balance.  And, somewhere along the way, in my own personal opinion, large-event student ministry was losing its way.

Well, those teens from the late ’90’s are now adults in their 30’s.  So, it doesn’t surprise me that blogs like the one below are becoming more and more common.  As with any blog, this is simply one person’s opinion (the author.)  But, i thought what he had to say, as solid food-for-thought, was worth posting here.

A SPECIAL NOTE FROM LEE STROBEL

5 DANGEROUS APPS YOU DON’T KNOW YOUR KIDS ARE USING

Just good information to have….

THE KID WAS SUSPENDED FOR THIS??

I realize schools must keep a tight rein on things, but this may be overreaching. In any event, the response of dad of the 4th grader who was suspended is classic….

I’d hate to see what happens to a kid who shows up with the plastic Star Wars Light Saber he got for Christmas!  :))

“THE KEY TO PRAYER IS SIMPLY PRAYING” (A.W. Tozer)

Reminder: BHBC will be open every Saturday at 5pm (unless notified otherwise) for prayer-walking.

“Grace can go into the gutter, and bring up a jewel!” – Charles Spurgeon

“Listen carefully to me. Procure books [of the Bible] that will be medicine for the soul… Don’t simply dive into them. Swim in them. Keep them constantly in your mind.” John Chrysostom, A.D. 347-407

Uh….I think this was supposed to say “Loaded Bowl”. 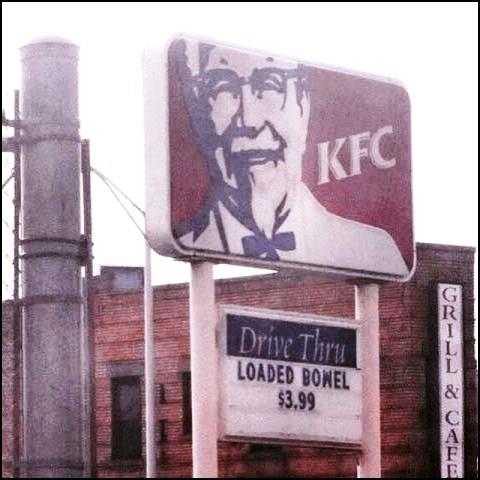 GRACE NOTES: “How To Shut Up a Fool”