Preacher – Jason (primary text: Romans 12:15-21; two familiar vss from that text are listed for you above)

Wed. evening, Feb. 28th, at 6:30, BHBC Worship Center; our Search Team will give a report to our church regarding their search.

You need to be there.

If you’re not there – and you find out later what was said – you’ll regret you missed it.

I’ve resisted posting about the massacre in Florida until recently as there is no shortage of postings.

There is much to say. There is nothing to say.

You want to scream. You find yourself unable to speak.

Those who quickly politicize the tragedy are foolish and near-sighted.

This is first and foremost a problem, not of gun-control, but of the human condition.

To be clear: I am a strong advocate of the 2nd Amendment.  And I am also one who strongly believes the gun laws in our nation are deeply flawed, need changing, and, presently, are not at all what our nation’s founders had in mind.

Don’t be fooled – stricter firearm regulations would in no way curb mass killings. One blogger put it best:

Just as deranged individuals can illegally assemble explosives, or drive vehicles into crowds of people, they can – and will – acquire firearms they desire.

The human condition of evil and outright depravity is nothing new. Throughout history, psychopaths have done their bidding.  Some 600 years before Christ would be born, Jeremiah wrote, “The heart is deceitful above all things, and desperately sick…”

Theologically, since the day Adam forfeited the management of earth to Satan in Genesis 3, evil has reigned. (Keep in mind, in Matthew 4 & Luke 4, when Satan told Jesus he would give Jesus the kingdoms of the world if Jesus would but bow down and worship him – which Jesus refused – Jesus did not dispute Satan’s claim of his temporary ownership of planet earth. Paul called Satan “the god of this world.” John wrote that “whole world is under the control of the evil one.”) This is precisely why Christ allowed himself to suffer Roman execution, and why he is returning to redeem what is rightfully his. Until that final consummation by the risen King, evil will continue to reign.

And, by the way, for those who would snap, “Why would God let Satan have control of earth??” This was mankind’s decision when we, in essence, in Gen 3, told God to “shove off.”

But God could not contain his love for even a rebellious mankind – even when we had him murdered on a cross outside Jerusalem. “But God so loved…” still.

So, in sum, guns are inanimate, and therefore not the problem. The blame falls squarely on the fallen condition of mankind. I’ve seen the posts claiming “we don’t need ‘thoughts and prayers – we need gun control.”

Dear friends – we need both.

Congress and the public can debate more strict gun laws while we, simultaneously, lift to Heaven the hearts of the grieving parents and loved ones who are suffering unspeakable pain.

Week 6, Chapter 6: Approaching Hoof-beats – the Four Horsemen of the Apocalypse

The seals are opened and the furious judgment of a holy, righteous God upon a sinful, rebellious world commences.  Join me, nw 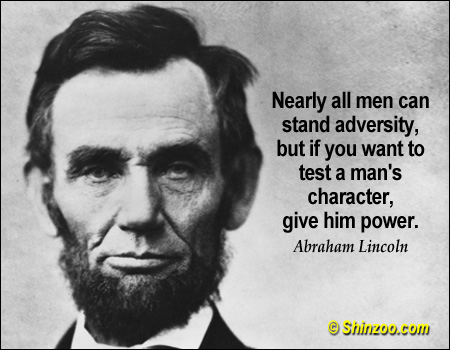 I saw this the other day on social media and quickly found myself laughing. Loudly. In an otherwise quiet coffee shop.  Only 2 1/2 minutes.  (By the way, if there’s any way I can learn these dance moves – watch out.) Enjoy…

GRACE NOTES:  The Valley of Vision

As I was preparing to leave for rural Indiana for a mission trip while in college, I visited with a friend who had, the year before, done mission work in the same church I was about to visit.  He looked at me and said, “The pastor of that church is an amazing man – I’ve rarely heard someone pray like he does. Pray with that man.”  I did. This week’s Grace Notes takes us back to the time of the Puritans.  The depth and fervency of their prayers will encourage and inspire you.  Read the blog here.